Based in Fourways, St Blazey, Kernow Youth is a CIC dedicated to supporting young people 0-19 years. Government cut-backs in Youth Worker funding meant that this excellent centre might be forced to close. A team looked at ways of making the Centre sustainable following the reduction in funding by Cornwall Council. We have a very valuable resource here and it needs to be saved for our residents to continue using.

PBBL agreed to devote resources to:

Par Bay Young Advisors Group established. This is a social entrepreneurial group of young people, set up to reflect and focus on the needs of young people in our area. They have received training alongside groups from other Big Local areas to develop their skills and confidence. They can be commissioned to carry out surveys, research, community mapping, offer advice, “youth proof” official documents etc.

Chloe attended a Mental Health / self-harming in young people training with the Young Advisor lead, Laura, and a first aid training to update knowledge with current information of organisations that can assist young people, (upskilling) ready to open the Wednesday afternoon advice and guidance drop-in at Cornubia  in April.

Megan attended Tywardreath and Par Neighbourhood plan meetings to discuss how she could assist them in the consultation process with the 16-25 age group.

Brett took photographs and film for video to be shown at the grand opening at Cornubia Hall. He filmed the Soap Box project taking part in the Alcohol awareness workshop which was followed by glass painting.

This group is providing young people with a voice in their community and supporting young people to become Kernow Youth Young Advisors who can be commissioned to provide a young person’s take on local issues.  St Blaise Town Council commissioned them to help with their Neighbourhood Plan. A flyer/ questionnaire aimed at young people  was prepared for Tywardreath and Par Parish Neighbourhood Plan.   A Young Advisors Facebook page was set up to keep people updated about their activities.

Other activities included visits to various youth groups, helping with activities and games to gain experience in working with young people and a meeting with a photographer to identify topics to film with his drone and planning work in partnership with a media student from Cornwall College, to develop a DVD highlighting the positive activities already taking place locally with Kernow Youth CIC.

A joint photography project with a Plymouth Young Advisors group looked at the area highlighting needs from a young persons perspective. The group enjoyed a really positive meeting with PCSO Jamie Ward and WPCSO Rebecca Harris who supported them with their photography project. Their job roles have changed but they were able to give Young Advisors plenty of ideas and local contacts.

The group planned a Beach Day for the summer holidays, designing, printing and distributing posters as well as planning risk assessments and creating a letter for parents.

They attended a workshop run by Paul Squires (from UnLtd), to discuss potential links to training for approaching organizations for commissioned work, e.g. Police, Local Councils and the Health service.

The Young Advisors were involved in a range of projects:

The Young Advisors all took part in a safe-guarding training arranged by Kernow Youth and facilitated by a professional, they received accreditation for this through Young People Cornwall. They all completed their bronze volunteering award and went on to complete their gold awards by December 2019 by completing a number of hours of volunteering.

The group is made up from volunteers from various groups that Kernow Youth CIC facilitates, including young parents and young people with additional needs.

Twelve to Fifteen Young people attended the youth group in Par weekly. Prior to this provision no youth work was taking place in Par. The project ran weekly and engaged young people in a range of positive activities. Young People have taken part in Sumo Wrestling, Rounders, a football match, sports day games and a wet and wild water play session.

The project has provided young people with the opportunity to engage with positive activities and youth work. Youth workers have discussed friendships, bullying, racism and sexual health with the young people as appropriate. The young people have been sign posted to further information as required.

Three disabled young people attended the session weekly and participated fully in all the activities offered by the project. One Young person with social anxiety settled in well to the group and made friends.

The young people were encouraged to take ownership of the group and designed and created their own banner to display and advertise the sessions. Young people worked at a young person initiated, adult supported level within this project, supporting the young people to be empowered and grow in self-confidence and self-esteem.

Young People used the track weekly and have accumulated five miles each towards a marathon goal. This activity has led to discussions on healthy lifestyles and promoted open conversations around smoking.

Young parents organised a swim trip at Par Sands swimming pool for themselves and their children recently as part of their healthy living programme.

Young People from Kernow Youth joined in with Cornwall’s Love Your Beach Day (beach clean and beach art project) on 14th of February at Par Beach.

Young Advisors will be attending safeguarding training on the 3rd of September to strengthen their knowledge in their volunteering roles. Megan will be presenting the results of the Tywardreath Neighbourhood Plan young people’s questionnaire.

Brett has been busy designing an advertising board for Kernow Youth for the Wednesday drop in /advice and guidance sessions due to run from September from 4.30‐6.00pm in Cornubia. Young people up to the age of 25 will be able to seek advice and guidance of any issues that are affecting their lives,qualified youth workers will be able to assist young people address their problems or refer them to the appropriate agencies. C‐cards available.

The advice and drop in session run in Cornubia by Kernow Youth on a Wednesday 4.30 ‐6 is getting busy, young people have designed a mosaic for the community garden. They enjoy doing the mosaic each week while discussing any issues that affect them.

Weekly drop-in advice sessions for local teenagers, funded by PBBL in response to local needs, commenced in autumn 2018 and have been well supported by those seeking advice and guidance on various issues.  A range of positive activities were also made available to them, including:

During the spring term the work for Par Bay Big Local has moved its focus towards developing a new Young Advisors group who will work and developing key relationships between young people and the community. The original group of Young Advisors successfully developed work such as the DVD for our presentation night, but they have all moved on to further education, university and employment.

We have over ten members in the new group with an age range of 13-21, both males and females. These members have formed from other groups so are very much still in the developing stage. They attend weekly and have already began planning ideas with the development of community relationships at the forefront. Two members of the Young Advisor group have already presented ideas to the management committee, which was a big step out of their comfort zone.

We have visited the community garden as well as the running track in our planning stages and have ideas for community days as well as developing ideas with the young groups at Kernow Youth to enter the carnival in July. The group have attended intergenerational days and are volunteering with the swamp circus that are delivering sessions on two Mondays this month.

We are also beginning outreach work in the Par Bay area which will include the young advisors as well as aiming to develop work with young people in the Par area who do not attend the youth sessions currently running. The group have started to develop relationships with one another and have a clear focus on what they think is needed in the local area in order to develop these vital community relationships.

Work was done with a group of young women around harm reduction related to drug use.

Young Women attended in high numbers, this was unexpected as new groups are classically dominated by young men. Because of this we identified a small group of young women we felt were at risk of Child Sexual Exploitation, we were able to offer sexual health advice/contraception information to this group of young women. As a result of this input the young women have stopped hanging out with a group of older young men who were dealing drugs and causing problems in the community.

The young women are planning to access the sexual health clinic to have implants after been signposted to the clinic in St. Austell by the youth workers on the project. Through dialogue with these young women highlighting the difference between healthy and unhealthy relationships we hope to reduce the risk of them being Sexually exploited in the future.

The project was supported by a group of three young people from the Par Bay Local Area, who volunteered to support the running and organizing of the project.

At the end of last year, the Kernow youth café project held its second activity day. The Christmas party saw over twenty young people who enjoyed an elf treasure hunt, snowman challenge and other great activities. Belinda prepared a healthy sausage casserole with sausages donated by Isabelle Rose and the Community Fridge. We also provided packed lunches including pasties from premier pasties. The next activity day is a dance day with Alice on February 19th 11-1pm.

The café also secured a brand-new chest freezer which makes storing donations and batch cooking easier. We also had a huge donation from St Austell Food Bank including over forty tins of baked beans, fifty bags of pasta as well as crisps and biscuits. Not only does this help with providing nutricious meals for over eighty young people a week, its also gives us the capacity to provide food packs for vulnerable people who are independently living.

We are constantly amazed by the generosity of the community who are not just donating food but also board games, art resources and sewing materials. We have had numerous offers of help with cooking and the food donations are still being received weekly. The Young Advisors have begun advertising the project and are developing ideas of other ways the project can help more young people as well as others in need in the community.

Just to let you know after my meeting with St Austell food bank yesterday, we have now in storage over 50 packets of pasta, 35 tins of baked beans, Chopped tomatoes, spaghetti, Lasagna sheets, Biscuits, sweets and crisps. I am also now in contact with the Fare Share programmer with the food bank and we are looking at establishing links with shops in the par and st blazey area. The food bank are really keen to work with us and have a real understanding of the issues faced by young people and vulnerable families.

James Kittow is meeting with in the next few weeks with the aim of sorting out a regular supply of mince, sausage etc and working with the young people.

The community have been donating through the donation bin at Cornubia as well as parents at the centre. We now have enough supply to send home food parcels as and when needed as well which is brilliant. Lets hope 2020 see the project grow even more. 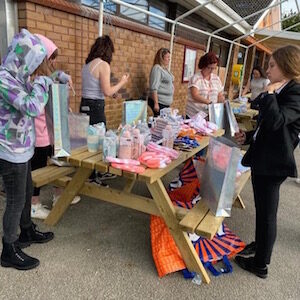 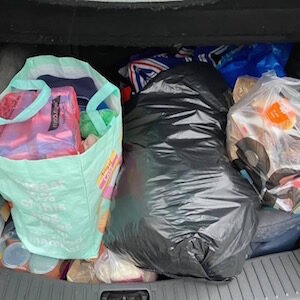 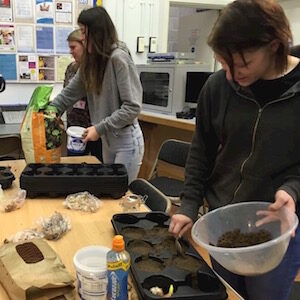 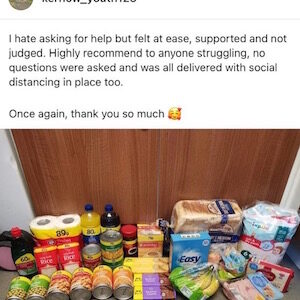